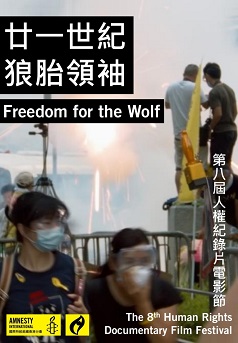 Only a democratic system is able to protect our freedom—but is this really the case? Russell challenges our illusions about democracy and freedom by painstakingly and repeatedly raising the questions: What is democracy? What is freedom? Whose freedom and democracy? Who is controlling and who is being controlled? Are we in the darkest times? Why are more and more elected political representatives recklessly destroying our most cherished values? The film covers events that occurred within 3 years, putting into a dialogue freedom fighters from 5 regions, including student protestors from the Hong Kong Umbrella Movement, comedians from Bollywood, a rapper from Tunisia, activists of the Black Lives Matter movement, and supporters of the conservative stance. The way the film strives to understand the rise of the Trump phenomenon and Illiberal Democracy through a global lens is what makes it a truly exceptional piece of work.

This film is the opening film for the 2018 International Film Festival and Forum on Human Rights.