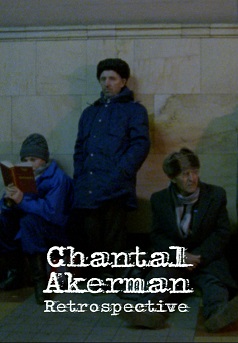 When the authoritarian communist regimes came crashing down across Eastern Europe in 1989, Chantal Akerman said she’s got to go there and record how things were “before it was too late”. She never spelt out it’s too late for what – but, then again, From the East, the documentary which emerged from the footage from her travels through (East) Germany, Poland, Lithuania, Ukraine and Russia, is not exactly a socio-political treatise anyway. Weaving between long tracking takes across wintry boulevards and crowded railway stations, and static shots of individuals in their prefab apartments in grey tenement blocks, From the East is a reflective study on public and private spaces in places where collectivity once reigned supreme, and an atmospheric poem about societies steeped in uncertainty, their people waiting for seemingly something – anything – to happen. A vehicle driven by fantastic camerawork which transforms spontaneous settings into staged tableaux, From the East is a border-hopping, barrier-breaking masterpiece.
Director
Chantal Akerman
Cast
Release Date
29-05-2021
Language
No Dialogue
Run Time
111 minutes
You may also like