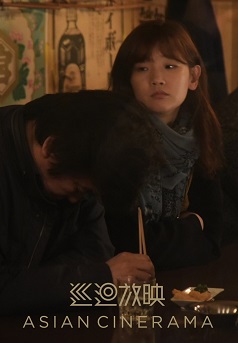 From Iri and Chongqing to Gyeongju and Gunsan, Zhang Lu’s works often draw on specific places to reflect on memories and turmoil while floating between languages and cultures. The director’s latest brings his dream-like meanderings and metaphysical and literary musings to the city of Fukuoka, where the ghosts of past and present converge. College buddies Hae-hyo and Jea-moon parted ways after falling in love with the same girl. Decades later, the middle-aged Jea-moon runs a second-hand bookstore in Seoul, and thinks often about yesteryear. A quirky girl storms into his life, urging him to see his old friend again. The two travel to Japan to find Hae-hyo, and the trio sets off for Fukuoka's winding streets, seeking insights and reconciliation.
Director
Zhang Lu
Cast
Kwon Hae-hyo, Yoon Jea-moon, Park So-dam
Release Date
28-05-2020
Language
Korean, Japanese(In Parts), Putonghua(In Parts)
Run Time
86 minutes
You may also like