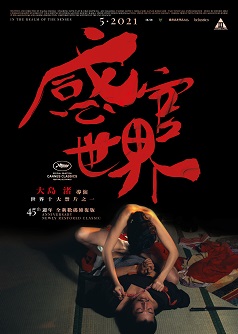 Based on a true story, In the Realm of the Senses is a passionate telling of the story of Sada Abe, a woman whose affair with her employer leads to an obsessive and ultimately destructive sexual relationship. Sada Abe notoriously, if accidentally, killed her lover during the act of love itself. Fleeing the police, she cut off and took with her the very member that had connected them. She still had it when she was apprehended, and she was later convicted.