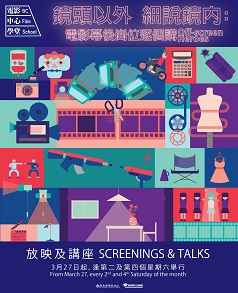 It takes a village to raise a child, so the saying goes – and the same goes for filmmaking. But how much do you know about the “below-the-liners” whose work are crucial in the production of a movie? Broadway Cinematheque has teamed up with the Federation of Hong Kong Filmmakers for Off-screen Heroes, a series of screenings and talks aimed at introducing ten different fields in film production: through introductory shorts, screenings and talks, you can get to know more about the work of assistant directors, action choreographers, line producers, stunt drivers, gaffers, cinematographers, production/costume designers, pyrotechnicians, props masters and special effects make-up artists!