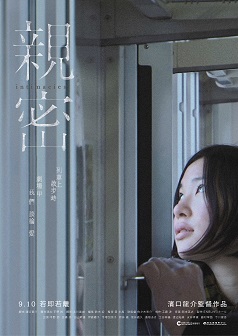 Ryusuke Hamaguchi’s first exploration of extreme duration is a fascinating epic following the tensions between a pair of young lovers, and the difficult realisation of the stage play they collaborate on. The first half of the film chronicles the process of making the play and the second half contains the actual stage performance, followed by an epilogue. Conceived while Hamaguchi was teaching at the ENBU film and theatre school, and featuring an ensemble cast of ENBU students and colleagues, Intimacies blends fiction and documentary, the cinematic and theatrical, in its observational study of human relationships constructed with introspective conversations and poetry.