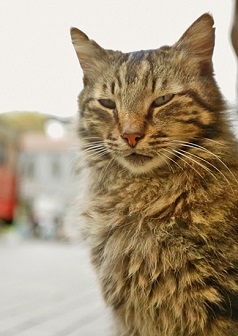 See the ancient city of Istanbul through the eyes of street cats in the acclaimed documentary Kedi, which simply means “cats” in Turkish. With its serene close-ups, crisp cinematography and attentive tailing of its captivating subjects – from Sari the ginger hustler to Deniz the social butterfly to Psikopat the alpha psycho – the documentary is not only a visual delight for cat lovers, but also a delicate study of the special relationship between a modern metropolis and its hundreds of thousands of stray cats. Sharing stories by locals who watch over the cats, Kedi pays loving tribute to Istanbul’s long-standing affection for its feral feline residents that wander the streets and heal the community.
Director
Ceyda Torun
Cast
--
Release Date
30-09-2018
Language
Turkish
Run Time
79 minutes
You may also like