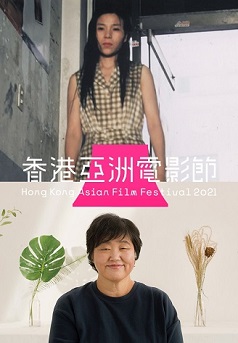 Yim Soon-rye presents the visions and voices of fellow female pioneers in a male-dominated film industry that has often been less than welcoming to women. Through anecdotes and interviews with film industry workers, this spirited documentary chronicles the history of women in Korean filmmaking, from the first female director, Park Nam-ok (The Widow, 1955), to more recent names like Byun Young-joo. Keeping the Vision Alive candidly relays the experiences and obstacles women encounter in a conservative industry and society, while encouraging and celebrating the achievements of the tenacious trailblazers who opened the door for many more.

SCREEN WITH: Movie Name: Promenade in the Rain
Language: Korean(English Subtitles)
Category: I
Duration: 14 mins
Director: Yim Soon-rye
Artist: Seo Ji-hyun, Myung Gye-nam, Seo Young-wook
Story: Yim Soon-rye announced her arrival as one of South Korea’s leading filmmakers with this moody short that took the top prize at the 1st Seoul Short Film Festival. Jung-ja works as a ticket clerk at an old theatre on the outskirts of town. On a summer’s day, she waits at the theatre for a blind date who may not show up. When she impulsively follows a man onto the streets, the rain suddenly comes down on her. Simple yet telling, Promenade in the Rain juxtaposes the cinematic fantasy and unfulfilling reality of a woman in her 30s who is deemed past her prime for marriage.
Director
Yim Soon-rye
Cast
Release Date
07-11-2021
Language
Korean
Run Time
77 minutes
You may also like