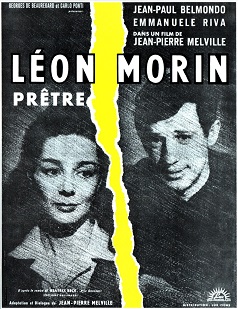 In a small French town during the Occupation, Barny, a young and sexually frustrated widow, lives with her little girl. One day she enters a church, randomly chooses a priest to confess to and attempts to provoke him by criticizing Catholicism. Instead of being affronted, the priest named Leon Morin engages her in an intellectual discussion regarding religion. This young, handsome, smart and altruistic priest invites Barny to continue the conversation outside of confessional. She begins regularly seeing.