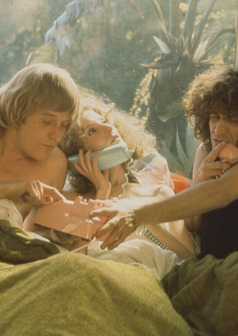 Agnes Varda’s most ambitious American film. A woman and two men—Viva, a Warhol superstar, and James Rado and Gerome Ragni, who created and starred in the rock musical “Hair”—live and love together in a rented house in Hollywood, until Shirley Clarke, an underground director from New York arrives to make a movie. Shot in Los Angeles in 1968, this playful yet tragic docu-fiction captured the revolutionary moment of the US society.

Quote:
“The original title was Lions, Loves and Lies but the actors found it too long, too heavy, and too explicit.”
Director
Agnes Varda
Cast
Viva, Gerome Vagni, James Rado, Shirley Clarke
Release Date
09-06-2018
Language
English
Run Time
108 minutes
You may also like