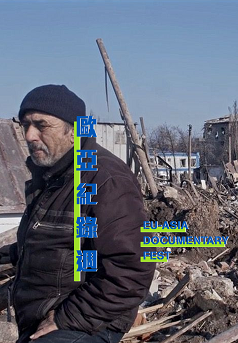 In March 2022, Lithuanian filmmaker Mantas Kvedaravičius went back to the Donbas region in eastern Ukraine to the war, to join the people he had met and filmed in the city of Mariupol in 2014 and 2015. On April 2, he was arrested and killed by the Russian occupying forces, and it was days later that his widow, Hanna Bilobrova, managed to recover his body and also the footage he shot of civilians struggling to survive Russia’s brutal bombardment of their city. It’s from those reels that Mariupolis 2 emerges, as Kvedaravičius provides the world with a colossal and sensitive view of Ukrainians as they live in tragedy and hope as bombs rain down on and around them. The film is a tribute to Ukrainians and also the filmmaker who stood by them until the very last breath of his life.
Director
Mantas Kvedaravicius
Cast
Release Date
05-08-2022
Language
Russian
Run Time
112 minutes
You may also like