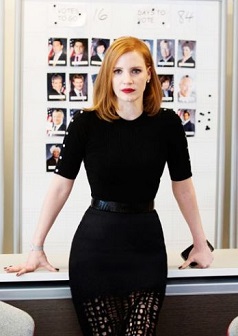 In the high-stakes world of political power-brokers, Elizabeth Sloane (Jessica Chastain) is the most sought-after and formidable lobbyist in D.C. Known equally for her cunning and her track record of success, she has always done whatever is required to win. But when she takes on the most powerful opponent of her career, she finds that winning may come at too high a price. Nominated for Golden Globe’s Best Performance By An Actress In A Motion Picture (Drama).
Director
John Madden
Cast
Jessica Chastain , Mark Strong, Michael Stuhlbarg, Sam Waterston, John Lithgow
Release Date
01-04-2018
Language
English
Run Time
132 minutes
You may also like