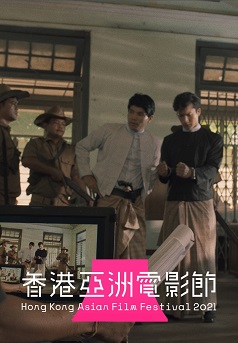 The son of a celebrated filmmaker, Wai Bhone has been trying to make his first feature film after a series of cheap straight-to-video flicks. However, financial problems, family woes, overbearing film censorship, pampered actors and a shady producer are pushing him to the edge. When a major crisis threatens to shut down the shoot for good, Wai and his brother-in-law concoct a harebrained scheme to rob a bank. Told with a dash of Coen Brothers-esque absurdity, this tragicomedy is a sly love letter to filmmaking that’s packed with surprises. In a sad and ironic touch, Ma Aeint, the producer and co-writer of this celebration of Myanmar cinema’s centennial, was detained by the country’s military regime.
Director
Maung Sun
Cast
Okkar Dat Khe, Ko Thu, Khin Khin Hsu
Release Date
31-10-2021
Language
Burmese
Run Time
97 minutes
You may also like