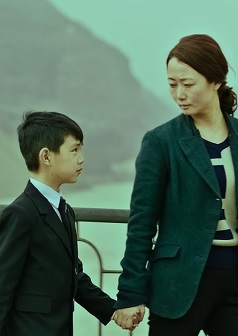 China, 1999. In Fenyang, childhood friends Liangzi, a coal miner, and Zhang, the owner of a gas station, are both in love with Tao, the town beauty. Tao eventually marries the wealthier Zhang and they have a son whose name is Dollar. In 2014, Tao is divorced and her son emigrates to Australia with his business magnate father. Australia, 2025. 19-year-old Dollar no longer speaks Chinese and can barely communicate with his now bankrupt father. All that he remembers about his mother is her name… Directed by Jia Zhangke, Mountains May Depart was in competition at the 68th Cannes Film Festival.
Director
Jia Zhangke
Cast
Zhao Tao, Zhang Yi, Liang Jin Dong, Dong Zi Jian, Sylvia Chang
Release Date
08-07-2018
Language
Putonghua, English(In Parts), Chinese Dialect(In Parts)
Run Time
126 minutes
You may also like