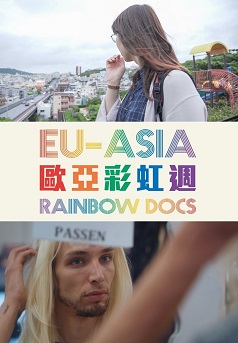 Movie Name: Moving In Between
Language: Putonghua, Japanese(In Parts)(Chinese, English Subtitles)
Category: IIA
Duration: 32 Mins
Director: Tsai Chia-Hsuan
Cast: -
Story: Tsai Chia-hsuan’s documentary charts the tumultuous journey of Erika, as she transforms herself from being the eldest son of a conservative Taiwanese clan into a woman who attains her new identity through sexual reassignment surgery in Japan. As she recalls the conflicts she has had with her family – something brought into perspective with Tsai’s separate interview with Erika’s shellshocked sister – Moving In Between reveals the courageous struggle of those trying to find their own standing in a binary world.

Movie Name: Genderblend
Language: Dutch, English(In Parts)(English Subtitles)
Category: IIA
Duration: 68 Mins
Director: Sophie Dros
Cast: -
Story: With her joyous and drop-dead funny documentary, Sophie Dros celebrates a world where gender is no longer set in a binary stone, but is actually something as fluid as water. Boasting interviews with five young people who refuse to define themselves as either male or female, Genderblend offers a canvas on which the protagonists question traditional understanding of gender, their vivacity becoming as encouraging and infectious as ever for everybody seeking and embracing change in society.
Director
---
Cast
---
Release Date
02-07-2021
Language
---
Run Time
100 minutes
You may also like