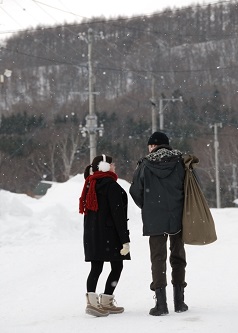 The story sets at Hokkaido in year 1993. Young Hana had lost her family in the earthquake and tsunami. At the evacuation center, she met a man named Jungo who later adopt her and become her step-father. Yet, as Hana grew up, they fall in love with each other and their romantic relationships further develops. The film is based on the same name novel by Sakuraba Kazuki and directed by the renowned independent director- Kumakiri Kazuyoshi. Starring Asano Tadanobu and Nikaido Fumi, the film challenges the moral and love of human kind.
Director
Kumakiri Kazuyoshi
Cast
Asano Tadanobu, Nikaido Fumi
Release Date
03-02-2019
Language
Japanese
Run Time
129 minutes
You may also like