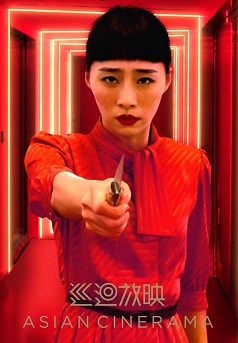 A kaleidoscopic psychological thriller for the #MeToo era, Nina Wu chronicles the rise of an actress from aspiring nobody to hot film star, with an unflinching focus on the sordid compromises that help get her there. Midi Z’s regular muse Wu Ke-xi co-wrote the script and gives a powerhouse performance as Nina, who finally gets her big break with a role that violates her personal principles. Just when she’s positioned for breakout success, her world begins to unravel, drawing her friends, her family, her past and her sanity into question. An artful suspense thriller, disturbing show business exposé and labyrinthine meta-movie rolled into one.
Director
Midi Z
Cast
Wu Ke-xi, Kimi Hsia, Vivian Sung
Release Date
27-05-2020
Language
Putonghua
Run Time
103 minutes
You may also like