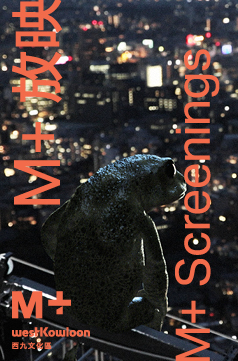 In an alternate universe, how would elements from an unrealised film project by Satyajit Ray claim their right to exist? This ‘premake’—what the Otolith Group calls a remake of the film before the original was made—explores the experimental potential of cinematic practice and creative agency through a reimagining of Ray’s The Alien, what would have been the first science fiction film set in contemporary India. Returning to their conception in 1967, the main characters from Ray’s script try to reset the means of production and commandeer the director’s attention in order to exist beyond being ideas on a page. Partially composed of excerpts from fourteen of Ray’s films, the metafiction of Otolith III allows creative thought to become a source of power.

Courtesy of The Otolith Group and LUX, London

A two-metre-tall frog materialises in Tokyo when Mette Holm begins to translate one of Haruki Murakami’s novels into Danish. As though transforming her reality into the imaginary universe of the celebrated Japanese novelist, the Frog seems to call upon Holm to fight the Worm of Hatred before the latter destroys the world. Nitesh Anjaan’s thoughtful and inspired film follows Holm’s practice as a translator not only of Murakami’s specific and spellbinding language, but also of the worlds encapsulated within the acts of reading and writing. Reaching beyond boundaries defined by linguistics, grammar, literary styles, and even personal upbringing, Dreaming Murakami defines Holm’s translation work as a co-creative practice that extends the realm of individual experience outward into worlds that are imagined, lived, and read in equal measure.

Courtesy of Final Cut for Real