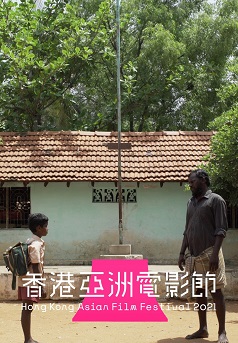 Influenced by an incident that happened to his sister, writer-director P. S. Vinothraj crafts a scathing attack on Indian patriarchal norms with this critically-acclaimed drama, winner of the top Tiger Prize at the Rotterdam Film Festival. After his abusive behaviour drove his wife away, alcoholic Ganapathy drags his young son to his wife’s village to get her back. A chaotic confrontation ensues at the in-laws’ home, and Ganapathy and his young son are now forced to walk 13 kilometres through harsh, drought-stricken land to get home. Told with meticulously-framed images and succinct plotting, this unusual film subverts the conventions of a father-son road drama for an important story about the dangers of toxic masculinity.
Director
P.S. Vinothraj
Cast
Karuththadaiyaan, Chellapandi
Release Date
07-11-2021
Language
Tamil
Run Time
74 minutes
You may also like