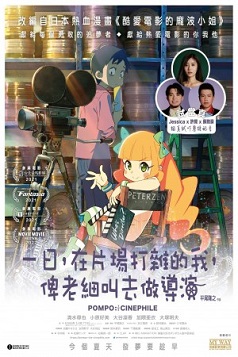 Nominated for the Best Animated Feature – Independent at the 49th Annie Awards, this anime adaptation of the manga Eiga Daisuki Ponpo-san tells a tale of cinema that only this medium can. In a movie capital called Nyallywood, Gene dreams of becoming a film director and works as an assistant to the famous film producer Pompo. One day, he spots a new script written by Pompo and says to her that he would like to see it in the cinema soon. “If you’d like to see it, go direct it yourself,” says Pompo. Gene finally gets his opportunity to direct his debut film.
Director
Takayuki Hirao
Cast
Voice Cast: Jessica Chan, Hui Yin, So Chi Ho
Release Date
01-09-2022
Language
Cantonese
Run Time
94 minutes
You may also like