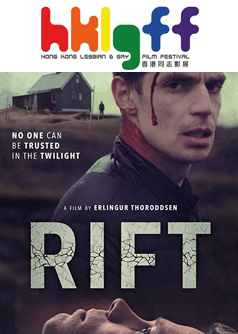 Eerie Icelandic horror RIFT follows Gunnar, who receives a phone call from his distraught ex-boyfriend Einar months after their break up. On the phone, Einar sounds like something terrible is about to happen. Worrying about his ex-boyfriend, Gunnar decides to travel to the secluded cabin where Einar is holed up. While the two men are re-examining their broken relationship, there seems to be some other people outside the cabin wanting to get in. The Hollywood Reporter gave RIFT a great review - “Iceland has produced a few compelling thrillers in recent years, and this has to be counted among the most atmospheric and intriguing.”
Director
Erlingur Thoroddsen
Cast
Bjorn Stefansson, Sigurdur Thor Oskarsson
Release Date
16-09-2018
Language
Icelandic
Run Time
111 minutes
You may also like