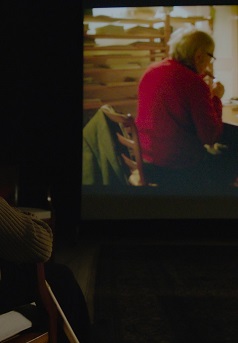 This film began with a simple idea by director Mitra Farahani: To bring together notoriously reclusive filmmaking legends Jean-Luc Godard and Ebrahim Golestan, who are both of similar age but had never met. When a physical meeting proved impossible, Farahani improvised a solution for them. For eight months, the two men traded e-mails every Friday like clockwork, sharing their views on both art and their own mortality with plenty of intelligence and humour. Little did Farahani know that her insightful documentary on these two great artistic icons would be one of Godard’s final film appearances before his death.
Director
Mitra Farahani
Cast
Release Date
11-12-2022
Language
Persian, French, English
Run Time
96 minutes
You may also like