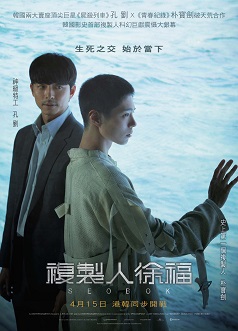 Former intelligence agent Ki-hun, who lives a secluded life as a result of a traumatic memory, is entrusted by his former boss with a secret mission to transfer humanity’s first cloned human, called Seobok, to a safe location. However, the mission goes awry when the convoy is ambushed by unknown attackers. Ki-hun and Seobok manage to escape together, but struggle awaits them around every corner as Seobok has spent his entire life in a lab and is fascinated by the outside world while Ki-hun only wants to complete his mission as soon as possible. As the two repeatedly butt heads, various groups with conflicting agendas chase after Seobok, who is humanity’s greatest salvation but also its greatest threat. When the enemy finally closes in, Ki-hun and Seobok are forced to make the inevitable choice.
Director
LEE Yong Zoo
Cast
GONG Yoo, PARK Bo Gum, JO Woo Jin, JANG Young Nam, PARK Byung Eun
Release Date
15-04-2021
Language
Korean, English(In Parts)
Run Time
114 minutes
You may also like