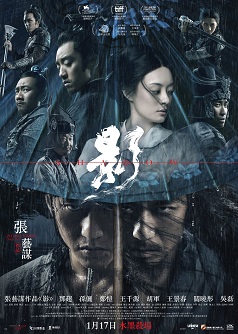 Set during China's Three Kingdom's era (AD 220-280). The story of a great king and his people, who will be expelled from their homeland and will aspire to claim it. The king, violent and ambitious, of mysterious methods and motives; his general, a visionary who yearns to win the final battle but needs to prepare his plans in secret; the women of the palace, who struggle to find redemption in a world where they have no place; and a commoner called "Lord of all the world", will be the characters around who turn the inexorable forces of this story.
Director
Zhang Yimou
Cast
Deng Chao, Sun Li, Zheng Kai, Wang Qianyuan, Hu Jun, Wang Jingchun, Guan Xiaotong, Leo Wu
Release Date
17-01-2019
Language
Mandarin
Run Time
116 minutes
You may also like