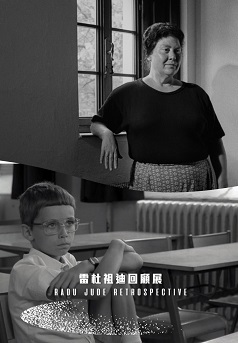 Danièle Huillet and Jean-Marie Straub are well-known for their penchant for adapting existing literary texts. With Sicilia!, they transformed Elio Vittorini’s anti-fascist novel Conversations in Sicily (1942) into an enthralling ode to the struggles of working-class life. Silvestro arrives back in Sicily after spending most of his adult life in New York. On his way back to his hometown, he meets a hawker struggling to sell his crop, secret policemen boasting about their authority, and a knife sharpener hoping for some solidarity. And then he meets her mother, an encounter which spawns complaints about the present and confessions about the past. This is musical, with Huillet-Straub’s preferred plain diction and infused with the sing-song qualities of Sicilian Italian. This is visually arresting: as William Lubtchansky’s crisp and high-contrast black-and-white camerawork creates tableaux out of the bleached landscape and tarred interiors, as if we can feel the heat and smells of Meditarranean life. Influenced by John Ford and Kenji Mizoguchi, Sicilia! has provided the template for Pedro Costa and, of course, Radu Jude.