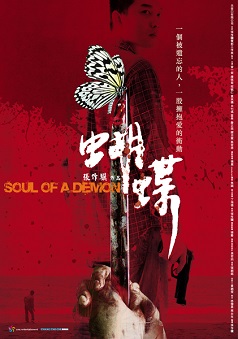 After three years of imprisonment, Che returns to the fishing port of Nanfangao to discover that the previous fetters are still there: his hatred against his gangster father who abandoned his family and fled to Japan, his love for his silent but repressed younger brother and his mourning for his mother. Amid the hatred and historical grudges between gangs, Che cannot help but sinks further into a whirlpool of killings. The film was selected as the Opening Film by both Hong Kong International Film Festival in 2007 and the Golden Horse Film Festival.
Director
Chang Tso-Chi
Cast
Tseng Yi-Che, Chen Pei-Jun, Chen Yu-Jen, Chan Cheng-Yun
Release Date
19-08-2018
Language
Taiwanese, Japanese(In Parts)
Run Time
126 minutes
You may also like