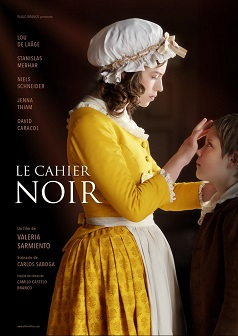 The story of the adventures, in the twilight of the eighteenth century, of a singular couple formed by a little orphan with mysterious origins and his young Italian nurse of a similarly uncertain birth. They lead us in their wake, from Rome to Paris, from Lisbon to London, from Parma to Venice. Always followed in the shadows, for obscure reasons, by a suspicious-looking Calabrian and a troubling cardinal, they make us explore the dark intrigues of the Vatican, the pangs of a fatal passion, a gruesome duel, and banter at the court of Versailles and the convulsions of the French Revolution.