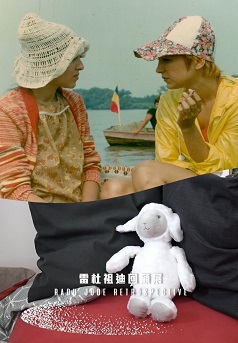 An ensemble drama at its most gripping and a satire at its highest political order – the latter being an impressive feat, given the heavy-handed censorship regime in Romania during the communist era – Mircea Daneliuc’s 1980 film makes use of a boat trip to hint at a society all at sea. A seemingly carefully selected group of young men and women join a free cruise on the Danube as a reward for being “model workers” in their wildly various fields. And wild they certainly turn out to be: oozing discontent and youthful desire, they quickly clash with the adult apparatchiks on board, their (mis)communication and confrontations a thinly-veiled allegory of the inter-generational warfare being fought in an authoritarian state. Instilling the film with social critique and sharp humour aplenty, Daneliuc – who quit the Communist Party and even filmmaking in the mid-1980s to protest against officials cutting up his films – has produced a template for many to follow. A rare occasion to savour the seed which spawned the Romanian New Wave.