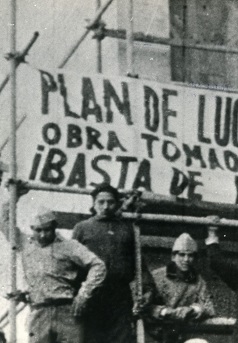 Produced under the banner of the film collective Cine Liberacíon, The Hour of the Furnaces is a piercing documentary, a powerful political manifesto, and a prime example of how cinema could play an active role in the fight for justice and freedom. Drawing from the thoughts of a wide array of revolutionaries – from Jose Marti and Che Guevara, and from Frantz Fanon to Aime Cesaire – Argentinian filmmakers Fernando Solanas and Octavio Getino deliver a distinct analysis of dictatorships in Latin America, and ways they could be undermined. The pair use wildly varied approaches throughout this four-hour-plus epic, where cinema verité meets collage on screen and classical music clashes with pop numbers on the soundtrack. But the fury and the urgency remains constant: divided into three parts, with each of these sections split further into chapters, the film is meant to be one open for discussion and debate.
Director
Fernando Solanas, Octavio Getino
Cast
--
Release Date
29-08-2020
Language
Spanish
Run Time
261 minutes
You may also like