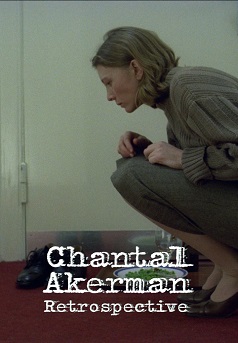 At a time when (mostly male) filmmakers were making road movies about men fleeing home for a liberating rite of passage in wildly open spaces, Chantal Akerman went the other way: in The Meetings of Anna, a successful, mature woman makes her way home, with each of her encounters chipping off her independence and integrity piece by piece. Akerman's long-time collaborator Aurore Clément (Paris, Texas) plays Anne Silver, a Belgian filmmaker who begins the film attending a screening of an award-winning film of hers in Germany. As she travels back to her home in Paris, she meets people seeking to domesticate or disparage her: a divorced admirer pleading her to stay for the sake of his daughter, the mother of her ex-fiancee demanding answers about her flight from marriage, and an ex-lover whom she has to serve and take care of. Never has a homecoming been depicted as so daunting.
Director
Chantal Akerman
Cast
Aurore Clément, Jean-Pierre Cassel, Lea Massa
Release Date
19-05-2021
Language
French
Run Time
127 minutes
You may also like