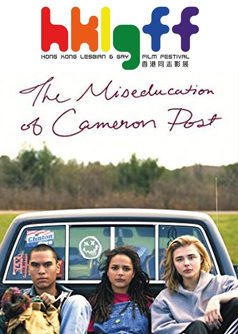 It’s 1993, Cameron (Chloë Grace Moretz) is caught making out with the prom queen on prom night and is outed as a lesbian. This causes her aunt Ruth (Kerry Butler) to send her to a remote treatment centre run by Dr. Lydia Marsh (Jennifer Ehle) called God’s Promise where she is subjected to gay conversion therapies. Cameron bonds with her fellow camp attendees, the defiant Jane Fonda (Sasha Lane) and Adam Red Eagle (Forrest Goodluck). Together they play along with the therapies since their only way out is time. Winner of the Grand Jury Prize at Sundance this film is packed with moments of sharp humour and great performances from the young actors especially Moretz as the strong-willed Cameron Post.
Director
Desiree Akhavan
Cast
Chloe Grace Moretz, John Gallagher Jr, Sasha Lane, Forrest Goodluck, Marin Ireland, Owen Campbell, Jennifer Ehle
Release Date
09-09-2018
Language
English
Run Time
92 minutes
You may also like