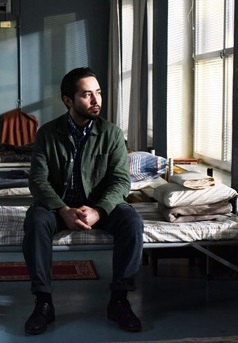 Khaled, a young Syrian refugee who has lost virtually all of his family, drifts to Helsinki as a stowaway passenger on a collier to seek asylum without great hopes for his future life. Wikström is a travelling salesman of about fifty who leaves his alcoholic wife and buys an unprofitable restaurant in Helsinki. When the authorities decide to return Khaled to the ruins of Aleppo, he decides to stay illegally in the country, just like many others. Wikström finds our fellow sleeping in the inner yard of his restaurant. Perhaps he sees something of himself in the battered man because he hires Khaled as a cleaner and a dishwasher. For a moment life shows us its sunnier side, but fate soon intervenes.