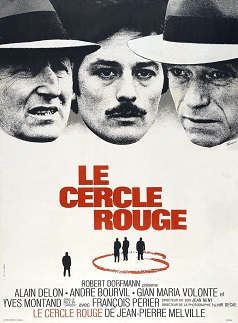 Corey is a cool, aristocratic thief, released from prison on the same day that Vogel, a murderer, escapes from the custody of the patient Mattei, a cat-loving police superintendent. Corey robs Rico, his mob boss, then enlists Vogel and an ex-police sharpshooter, Jansen, in a jewel heist. While Corey is harried by the vengeful Rico, Mattei pressures Santi, a nightclub owner and pimp, to help him trap the thieves. Over all hangs the judgment of the police director, that every man is guilty.