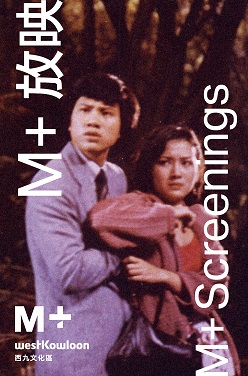 The film is based on the shocking double murder of the young doctor Yuen (Alex Man) and his fiancée Li (Angie Chiu) in Lung Fu Shan, Hong Kong. Their neighbour and friend Lin (Silvia Chang) suspects foul play, and her investigations reveal the involvement of Mui (Lee Hye-sook), as well as Li’s pregnancy with Yuen’s child. The film’s narrative makes jumps in time and space, and switches between multiple viewpoints. The Secret is Ann Hui’s first feature film, and the emergence of her distinctive style is already evident here. She conjured the gloomy and time-worn atmosphere of the Western District in a style that came to be known as ‘Pokfield Road aesthetics’.
Director
Ann Hui
Cast
Silvia Chang, Angie Chiu, Alex Man, Lee Hye-sook
Release Date
15-12-2018
Language
Cantonese
Run Time
120 minutes
You may also like

Not Quite Dead Yet

The Confidence Man JP – Episode of the Princess –

Show Me the Way to the Station

Girls of the Sun(bc Sunday)

On the Basis of Sex(bc Sunday)