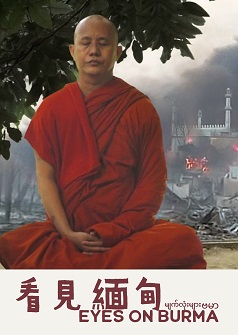 2017 Cannes Film Festival
He loathes Muslims and women, is a master in using social media to spin conspiracies, and has repeatedly incited his supporters to go on violent rampages. It’s hardly a surprise Ashin Wirathu, the military-backed monk who leads one of Burma’s most notorious ultranationalist organisations, compares himself to Donald Trump. Having already engaged with many a sociopath in his documentaries – General Idi Amin Dada: A Self-Portrait, about the late Uganda tyrant, springs to mind – Swiss auteur Barbet Schroeder maintains his mettle in The Venerable W. Sticking with his give-them-enough-rope approach, Schroeder actually coaxes Wirathu to reveal the monster bubbling beneath his monastic veneer. A gripping thriller of a documentary like no other.
Director
Barbet Schroeder
Cast
--
Release Date
02-05-2021
Language
English, French, Spanish, Burmese
Run Time
100 minutes
You may also like