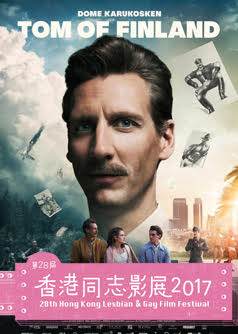 Award-winning director Dome Karukoski brings the story of the most influential gay artist Tom of Finland to the big screen, celebrating his achievement in bringing gay sex imagery to the mainstream. Touko Laaksonen, a decorated officer, returns home after serving his country during World War II, but life in Finland as a gay man during peacetime is equally challenging. To survive in the conservative world, he resorts to his art, making homoerotic drawings of muscular men one after the other, eventually making an impact to a whole new generation of gay men who are ready to liberate themselves from social inhibition.
Director
Dome Karukoski
Cast
Jakob Oftebro, Werner Daehn
Release Date
14-09-2017
Language
Finnish, German (In Parts), English (In Parts)
Run Time
116 minutes
You may also like