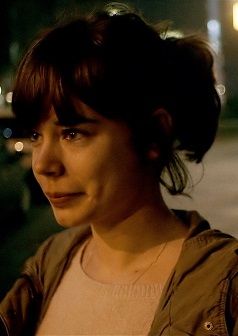 Victoria, a young woman from Madrid, meets four local guys outside a nightclub. Sonne and his friends are real Berliners who promise to show her a good time and the real side of the city. But these boys have got themselves into hot water: they owe someone a dangerous favour that needs repaying that evening. As Victoria’s flirtation with Sonne begins developing into something more, he convinces her to come along for the ride. As the night rolls on, what started out as a good time, quickly spirals out of control. VICTORIA was shot in one single take. No cuts. Just one shot. VICTORIA was awarded Silver Berlin Bear – Outstanding Artistic Contribution and 6 German Film Awards including Outstanding Feature Film, Best Direction, Best Actor and Best Actress.
Director
Sebastian Schipper
Cast
Laia Costa, Frederick Lau, Franz Rogowski
Release Date
16-12-2018
Language
German, English(In Parts), Spanish(In Parts), Turkish(In Parts)
Run Time
138 minutes
You may also like