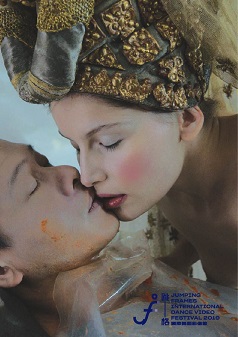 A Taiwanese filmmaker makes a film based on the myth of Salomé at the Louvre. Even though he speaks neither French nor English, he insists on giving the part of King Herod to the French actor Jean-Pierre Léaud. To give the film a chance at the box-office, the production company gives the role of Salomé to a world famous model. But problems arise as soon as filming begins...
Amidst all this confusion, the director suddenly learns of his mother’s death.
The producer flies to Taipei, to attend the funeral. The director falls into a deep sleep where his mother’s spirit does not seem to want to leave her old apartment. The producer has no choice but to wait, alone and lost in a strange city.
As after a very long voyage, filming will resume with all who were lost in the underground of the Louvre.
Director
TSAI Ming-Liang
Cast
Laetitia Casta, Fanny Ardant, Jean Pierre Leaud, Lee Kang-Sheng, Lu Yi-Ching
Release Date
06-09-2019
Language
French, Mandarin(In Parts), English(In Parts)
Run Time
142 minutes
You may also like