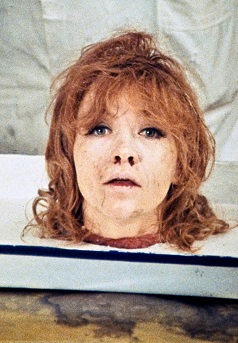 Yugoslav Black Wave pioneer Dušan Makavejev’s much-discussed but rarely screened cult masterpiece makes a case — true back then, and even more valid today — of the connection between authoritarianism (of both the capitalist and communist kinds) and sexual repression. In documentary footage filmed in the US, people harness sexual energies for self-fulfillment or sensationalist pleasures, in line with the teachings of Austrian psychiatrist Wilhelm Reich, whose initials give the film its title. In the fictional section unfolding in Yugoslavia, zealous Milena (Milena Dravić) wavers between her libertarian-socialist ideals with her infatuation with a strict Soviet ice skater sharing the same name as communist grandee Vladimir Lenin. In between, Makavejev includes sequences of a deranged man roaming American streets with a machine gun, and snippets of Soviet propaganda movies where the masses bow before a benign, God-like Stalin — with everything falling into place for a confrontational classic worth multiple viewings.
Director
Dušan Makavejev
Cast
Milena Dravić, Ivica Vidović, Tuli Kupferberg
Release Date
09-07-2020
Language
English, Serbo-Croatian
Run Time
84 minutes
You may also like