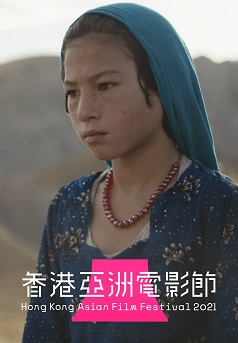 In a rural Afghan village where traditions and folklore are still alive and well, boys and girls are not allowed to fraternise. Sediqa is shunned by other children because they believe she is cursed; Qodrat is subjected to constant and cruel mockery because his mother recently married an old man with two wives. While roaming in the mountains, the two girls strike up an unforgettable friendship, as the Kashmir Wolf, a mystical beast who supposedly holds a green female fairy within, watches over the village. Shahrbanoo Sadat’s magical realism-infused feature directorial debut offers a serene vision that shows another side of Afghanistan, far away from the fires of war.
Director
Shahrbanoo Sadat
Cast
Sediqa Rasuli, Qodratollah Qadiri
Release Date
27-10-2021
Language
Dari
Run Time
83 minutes
You may also like