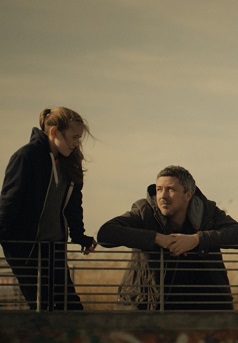 Will is released from prison on compassionate leave to care for his niece Stacey after the death of her mother. As they both head into the sleepy Irish midlands and attempt to be a family, they suffer a series of setbacks; Stacey is refused admission to the local school because of her recently developed narcolepsy; Will repeatedly comes close to breaking his prison-ordered curfew; and his attempts at being a father figure to her pro ve disastrous… As Stacey’s future hangs in the balance and Will must reckon with his own demons they search for a new way forward together.
Director
Mark Noonan
Cast
Aidan Gillen, Lauren Kinsella, George Pistereanu, Erika Sainte
Release Date
30-06-2019
Language
English
Run Time
81 minutes
You may also like