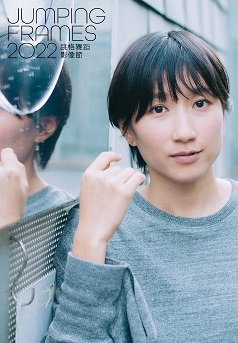 Ryu Suzuki
Yoshigai was asked to film Ryu Suzuki’s identity as a dance artist for an Indian residency project. She was requested to do close-ups of Suzuki’s body, similar to that she filmed in Hottamaru and portray his body into some kind of landscape. But she was keen to communicate through her video, so that the dancer in India could see another aspect of Suzuki, to dance with him, even though he was not there physically. After some encounter, Yoshigai discovered Suzuki’s stuffed animal characters, which he sees as entities that he trusted due to the bond of consciousness that had built up over a long period of time. The human body renews itself (through metabolism) every six months, but the stuffed animals are different, so he thinks that his own consciousness remains unchanged. In the end, it became a documentary about Suzuki with Yoshigai introducing him through her narration.

Shari In these rural surroundings, Yoshigai presented herself as a mysterious, fiery-red creature in red shaggy costumes, “The Red Thing”, like a walking scarecrow. In a gym, schoolchildren met the red creature. With the pulsating energy of a throbbing blood clot, they fight with all their might, Sumo-style. Together they recreate stories of the Ainu, the First Nations peoples of Japan, including the story of Oronko Rock which is named for the people of the area.
When creating dance or films, Yoshigai always looks into how close she can come to being something non-human and to cross that boundary. In that sense, everything you see in Shari can be seen as dance. The symbolic appearance of “The Red Thing” turns Yoshigai’s delicate, documentary observations into an idyllic, yet disquieting fairytale. Folklore, arts and crafts, oral history, ecology, and mythology blend elegantly in this visual poem.
Director
Nao Yoshigai
Cast
Release Date
11-09-2022
Language
Japanese, English(In Parts)
Run Time
90 minutes
You may also like