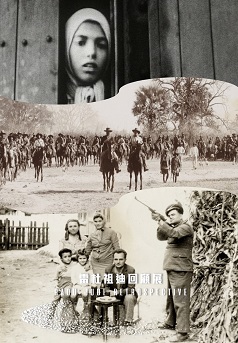 Movie Name: Respite
Language: No dialogue
Category: I
Duration: 40 Mins
Director: Harun Farocki
Cast: -
Story: At the centre of Respite is something resembling what we now call a corporate film: workers are seen plying their trades in sun-lit farmlands, tidy laundries and neatly organised workshops, doing exercises and performing slapstick comedy at their free time, and receiving meticulous treatment at well-appointed clinics. The catch: these were images filmed at a labour camp in German-occupied Holland during the second world war, footage commissioned by its Nazi commandant to ward off its closure and a potential transfer to the frontline. Harun Farocki combs through the material and evokes nightmarish horror from these serene images– plus more sinister sequences of Nazi officers seeing off numbered trains leaving Westerbork– by juxtaposing them with texts about death camps elsewhere, and delivers a template for all the found-footage films to follow.

Movie Name: A Story from Africa
Language: No dialogue(English Intertitles)
Category: IIA
Duration: 32 Mins
Director: Billy Woodberry
Cast: -
Story: Using a collection of archived and rarely seen photographs about a Portuguese expedition to “pacify” the native population in southern Angola in 1907, US artist-filmmaker Billy Woodberry reflects on the catastrophic “scramble for Africa” among the Western powers and the complexities within. With matter-of-fact intertitles, the film provides an account of the conquest and how its success hinges on turncoats, mutinies and melodramatic comeuppance. A solemn and riveting story about colonialism and its devastating impact, through material originally designed to champion the triumph of so-called civilisation.

Screened with: Punish and Discipline
Language: Romanian(English Subtitles)
Category: I
Duration: 13 Mins
Director: Radu Jude
Cast: -
Story: Punish: a reading of parts of a novel in which a military officer gives a clinical, amoral account about his role in the violent oppression of revolutionaries in 1848. Discipline: a collection of photographs of a chubby and harmless soldier at home and at work from the 1950s to the 70s.
Director
Cast
Release Date
28-12-2021
Language
Run Time
85 minutes
You may also like